These cookies are strictly necessary for the operation of the site, you can disable them by changing the settings of your browser but you will not be able to use the site normally.

These cookies provide necessary information to applications of the website itself or integrated by third parties, if you disable them you may find some problems in the operation of the page.

These cookies are used to analyze the traffic and behavior of customers on the site, help us understand and understand how you interact with the site in order to improve performance.

These cookies can be from the site itself or from third parties, they help us to create a profile of your interests and to offer you advertising aimed at your preferences and interests.

Denmark Srl was born in 1975, when in Italy people still slept under heavy wool blankets. Thanks to the intuition of its young founders, Italians discover a new way of sleeping: light and fluffy bed duvets.

Thus it was that the production and sale of porcelain and Danish craftsmanship was accompanied by that of duvets only with very light and impalpable goose down, which is why since then “duvets” have been made.

In 1978, after having opened two offices, in Milan and Rome, the Piumini Danesi brand established itself becoming a leader in the field of goose down and bed linen, selecting the best Italian artisan tradition.

In 1992 our logo was created: blue shield, symbol of our commitment to defend quality and red flag, to remember our Danish soul.

In 2001 the word "pooq den®" was added to the Piumini Danesi brand: "Pooq", the name of the first Eskimo who left Greenland and visited Denmark and told the adventurous stories of his journey; "Dene", word of the Inuit people living in the northern Arctic region, which means "people".

Today Piumini Danesi® pooq dene® is present in Italy with 13 single-brand boutiques and on the web:  www.piuminidanesi.com for

The current CEO and owner of Denmark srl Piumini Danesi® pooq den® is Else Kappel Schmidt. 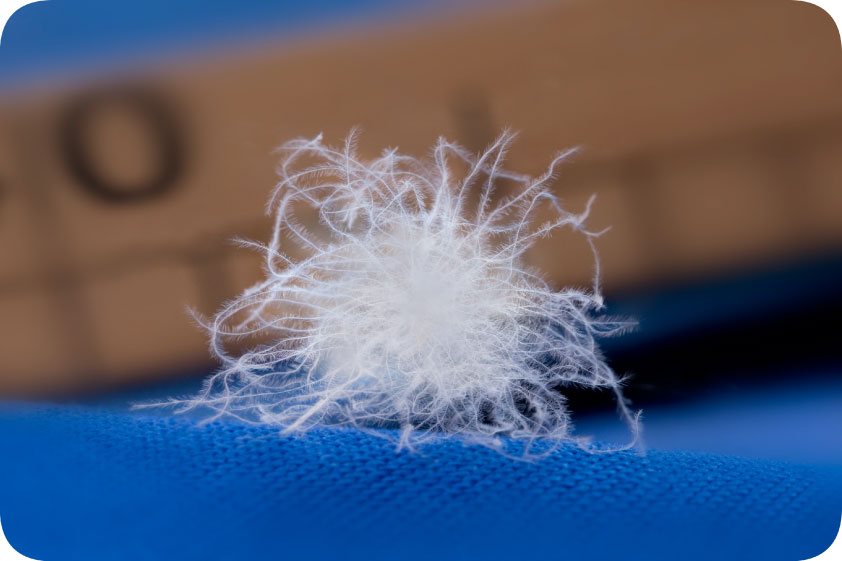